Last week I was visiting with my dad at his cabin in the mountains. He has been having this ongoing battle with a pileated woodpecker that loves perching on his window screens. My dad has hung all kinds of crazy junk in the windows and fake owls by the house to try to discourage this little guy from pecking on the windows. There are plenty of trees for him to go peck! I even watched this bird sit on the edge of my car and peck at the car window and sideview mirror.

But it was truly fascinating to be able to watch this bird, more so when he was pecking at the trees instead of my car. Because at the same time I’m watching this bird go nuts on anything he lands on, I’m thinking about the discussion I had with my son about why I didn’t want him to play tackle football. Interestingly, those two things relate.

According to the Journal of the American Medical Association, 110 out of 111 (that’s 99%) of the deceased NFL players whose brains had been donated to science suffered from chronic traumatic encephalopathy (CTE). And 177 out of 202 (or 87%) of the brains of deceased players across all levels of play of American football (high school, college, and professional) were diagnosed with CTE.1 The cause is repeated trauma to the head. Over time, brain injuries can cause cognitive, emotional, behavioral, and physical impairments.

Inside our hardened skull, our brains are actually floating in cerebrospinal fluid to bathe and cushion the brain from injury. Though there is this cushion of fluid, the brain still moves around and jostles inside of that fluid. If there is an external physical force on the skull or a rapid acceleration and rapid deceleration force, there can still be damage to the brain, which may or may not show damage to the head.

In other words, if you are running and are suddenly stopped, the brain is still moving through the fluid even though the body is stopped and that can cause a brain injury. Likewise, if you were to repeatedly bang your head on a tree (or car window), you would have multiple brain injuries and suffer many life altering consequences as a result.

But that woodpecker doesn’t. The woodpecker bangs on trees to bore holes to search for food and to build their nests. They also drum on the trees during breeding season to establish and announce their territory. Yet the banging by the woodpecker delivers the same impact as a human would by repeatedly striking a wall at nearly 16 miles per hour.2

However, the woodpecker doesn’t suffer traumatic brain injury like the human would. It is able to withstand those constant, traumatic blows to the head because its skull is a thick, sponge-like bone that functions like packing material to prevent the brain from moving under the impact. The brain is also much smaller, and well-packed inside the skull so it doesn’t move while the woodpecker is banging away.

Woodpeckers also have a kinetic skull, where there can be movement of the skull bones especially between the upper and lower jaw or between the upper jaw and the braincase. Many other organisms have kinetic skulls, depending on their type of feeding. Cranial kinesis (or the movement between these skull bones) is rare in mammals and non-existent in humans. Animals that swallow large food whole, grip awkwardly shaped food, or use suction feeding under water often have kinetic skulls with numerous mobile joints.3

For the woodpecker, and some other varieties of birds, the kinetic skull along with the shape of the beak allow the woodpecker to reduce the impact of the drilling force on the skull and therefore reduce any damage to the brain. The lower beak actually has a longer bone than the upper beak so that it absorbs more of the force during the woodpecker’s drilling. With the lower beak bone and kinetic skull, the force in the upper jaw-brain case shifts the force of impact from one part of the brain case to another, as well as to the woodpecker’s body instead of to its brain. The woodpecker also has a hyoid bone that wraps all around the skull. It anchors the brain to the skull to minimize movement under impact.3 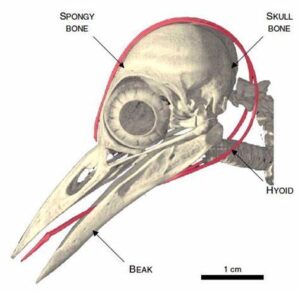 As one paper explained, “The brain of woodpeckers is not affected by large compression shocks resulting from the impact force of the bill hitting the tree and entering the anterior end of the brain case when the bird is drilling into a tree… It can be assumed the brain case, as well as both eyes, decelerates rapidly when the bill hits the tree. If the brain is not firmly anchored to the inside of the brain case, it will move forward and hit the inner wall of the rostral part of the brain case at the moment of impact just as people are thrown forward when a car or train stops suddenly.”5

Those aren’t the only unique and helpful features for the woodpecker. Woodpeckers have zygodactyl feet. There are two pairs of toes on each foot, each pair facing opposite directions. It allows them to cling to the side of the tree trunk in order to peck into the tree. It is a different foot and toe structure than other birds have who perch on branches instead of the side of the trunk. 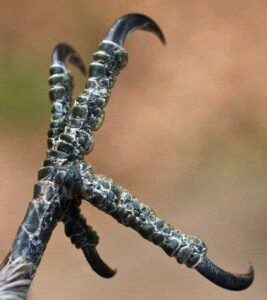 Woodpeckers also have a tongue that is three times longer than their beak. The elongated tongue allows them to search deep inside a tree trunk for insects and sap, two of its main food sources. In order for the woodpecker to then fly without their tongue causing significant drag in flight, the tongue actually wraps around inside their head. It attaches to the hyoid apparatus, which is a series of bones sheathed in muscles and soft tissue. At the throat, the tongue branches into a “Y” shape and straddles the bones of the spinal column. 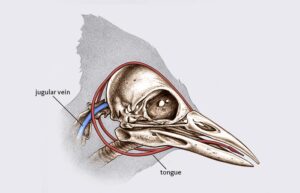 In reading through multiple articles about the anatomy and features of the woodpecker, you will find many authors who state that such evolution for the woodpecker is “truly interesting” or describe it as a “fascinating evolution” of the woodpecker. One author even admitted the evolution of contemporary birds is “murky,” appearing to have evolved “suddenly within a few millions [sic] years after the extinction [of] the non-avian dinosaurs.” Oftentimes articles like these use the phrase “apparently evolved” from something else or “almost certainly evolving several independent times.” One author stated, “It is more difficult to say at this time what evolutionary changes may occur in a [sic] unspecialized drilling woodpecker that evolved from a specialized ancestor.”

However, none of these articles attempted to explain by what means evolution would have even hypothetically used to reach these types of features. We know that in the fossil record there is nothing that shows the slow, slight modifications that progress from an ancient bird ancestor to a woodpecker, but there is not even an attempt at the hypothetical recreation of what it would take to evolve from some other bird to the woodpecker with all of its unique features.

One article did claim woodpeckers evolved from a hawk-like ancestor.6 However, hawks have anisodactyl feet (four toes where one faces backward and the other three point forward), sharp curved beaks, and a completely different size and shaped tongue from the woodpecker. The hawk eats snakes, lizards, and fish so it doesn’t require the long tongue to reach into a tree for sap and insects. Nor do hawks communicate by drumming and drilling on trees.

Just using the words “evolved” and “adapted” to describe a biological feature does not make that true.

The question then remains, how is the hawk (or similar bird-ancestor) going to evolve slowly over time by slight, successive modifications to a woodpecker, while keeping the intermediate transition bird-type alive and fully functional? If the beak of the hawk (or bird ancestor) evolves to that of a woodpecker, but it doesn’t have the elongated tongue to reach food, or a braincase to minimize brain damage from hammering, and a claw arrangement to perch on the side of the tree, it will fail as an intermediate species.

If the bird ancestor evolves a woodpecker type tongue, but is still feeding on snakes, lizards, and fish, it will not be able to successfully feed on either diet. It would have a tongue fit for digging into trees but it wouldn’t be able to perch on the side of a tree and hammer a hole to reach the insects and sap. All the rest of its anatomical features would be suited for eating on snakes, lizards, and fish, but it wouldn’t be able to with its gigantic tongue. Therefore, there would not be a survival advantage to this intermediate species.

For evolution to be successful, there must be a survival advantage to a mutation. The mutation must be blind to its effects, completely random, and not planned with the intention of becoming a new organism. The premise of Darwinian evolution is that each genetic mutation is micro, occurs randomly, and slowly accumulates over time with other micro-mutations to eventually change the entire type of organism. As we see with the woodpecker, there is not a feasible way to gradually change from a hawk to a woodpecker and still have the organism viable for survival.

If the hawk undergoes only slight changes in a progression to becoming a woodpecker, it becomes a less suitable hawk and a not-yet functional woodpecker. It means it is a bird that is not likely to survive and even less likely to successfully reproduce. But even more important in the case of the woodpecker, if this intermediate bird species not-fully-hawk and not-yet-woodpecker begins banging its head on the trees, it will sustain significant brain damage. 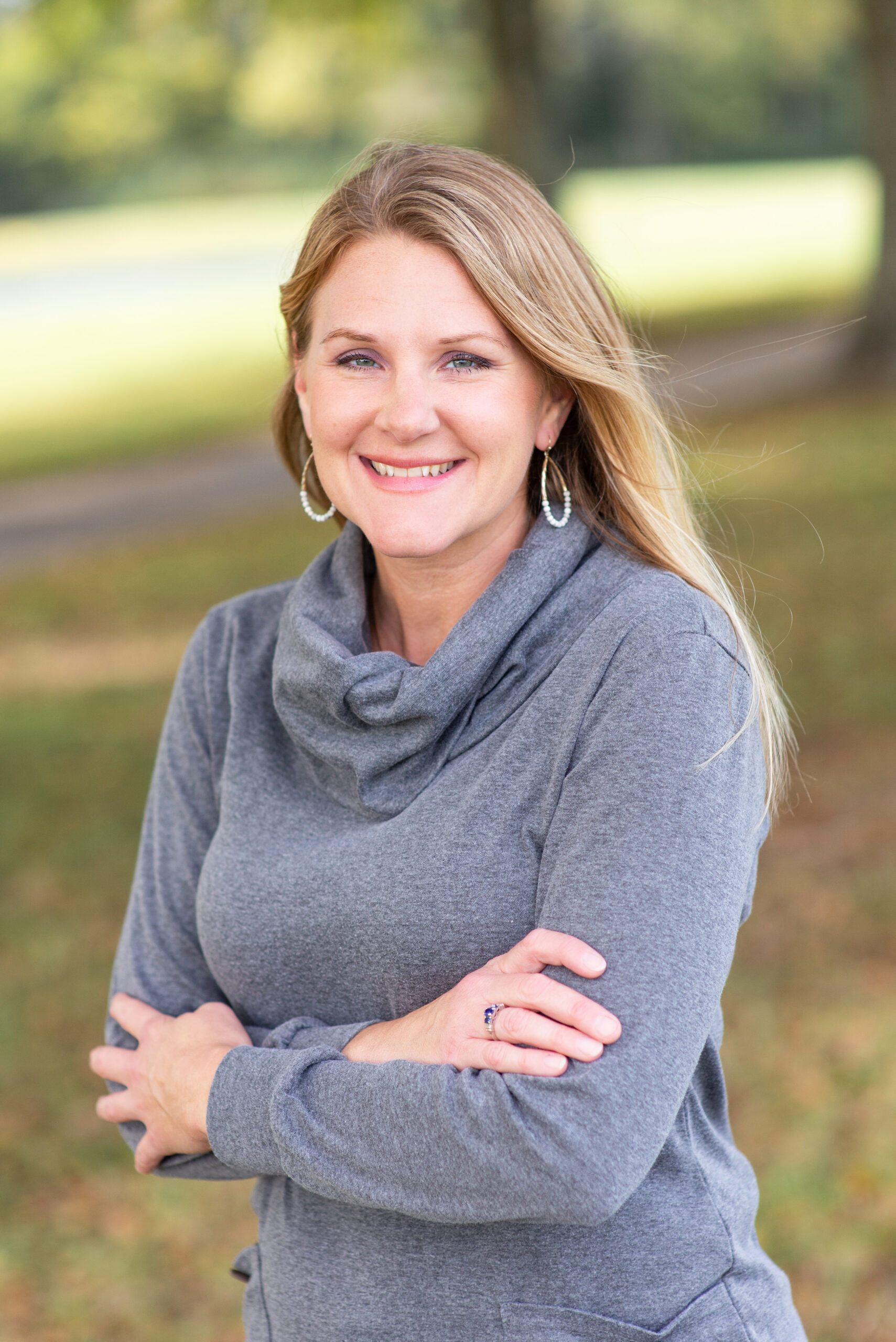 1 thought on “Is Football for the Birds?”