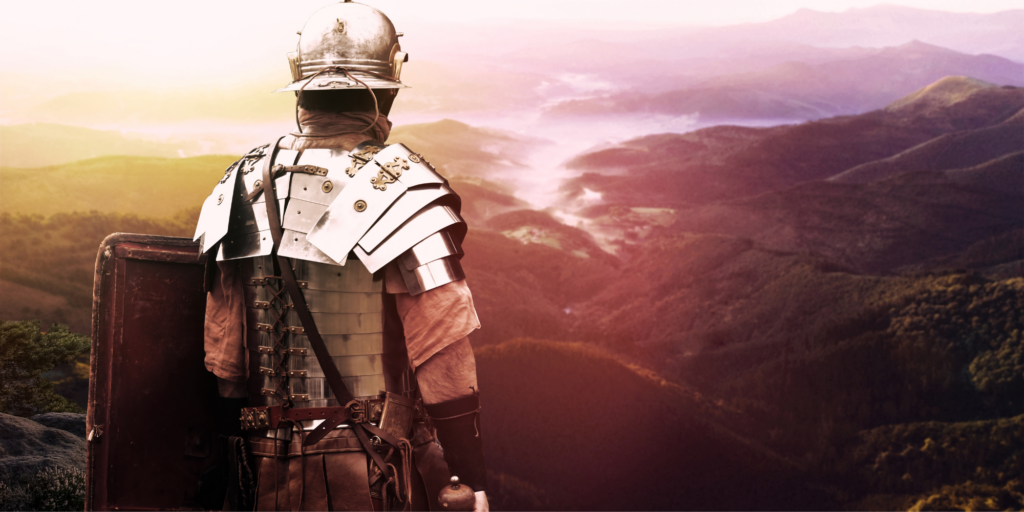 We are in a fierce battle of ideas. All of the actions going on in our nation and across the world all go back to the ideas we are being taught and are continuing to teach. Our thoughts are important because they direct our actions and behavior.

This is why we are to “take every thought captive to make it obedient to Christ” (2 Corinthians 10:5). And Romans 12:2 instructs us, “Do not conform to the pattern of this world, but be transformed by the renewing of your mind. Then you will be able to test and approve what God’s will is—his good, pleasing and perfect will.” Our ideas matter.

But behind our ideas there is another battle raging.

It is not a battle against flesh and blood, but against “powers of this dark world and against the spiritual forces of evil in the heavenly realms.” (Ephesians 6:12) There is a spiritual battle at play that influences our ideas, which in turn influence our actions. So as we engage in this battle of ideas, we cannot forget that it is still just the outer covering to the deeper spiritual battle going on underneath.

With that in mind we need to understand a few things about this battle.

1. We must identify the enemy. You cannot fight effectively if you do not know whom you are fighting. As Paul outlines this spiritual battle in Ephesians 6, he says we are preparing for battle against the “schemes of the devil.” If you don’t understand that the real enemy we are facing is Satan, then you are already deceived by him. As French poet Charles Baudelaire quipped, “The cleverest ruse of the Devil is to persuade you he does not exist!”

The devil is real, and his goal is to keep you from walking in obedience to God. Therefore, to properly engage in battle we must understand that Satan is the enemy, not unbelieving people. Other people are simply victims of the enemy, held captive by those schemes of the devil. That is why we are told to tear down strongholds and ideas that are held against the knowledge of God, not the people who hold those ideas.

Those who hold such ideas are people made in the image of God who have been deceived by Satan. We must have compassion for them. Consider how Jesus felt when He looked out at the crowds. He didn’t see them as His enemies, though He knew exactly which ones in this crowd would soon be shouting, “Crucify Him!” Jesus, instead, looked at the crowds and “had compassion on them, because they were harassed and helpless, like sheep without a shepherd.” (Matthew 9:36) So also should we have compassion on those who are like sheep without a shepherd, who have been deceived by the enemy.

But who is Satan? While we could go into all of the Scriptural background on where he came from, I’m going to focus on the larger picture of his role. We must keep in perspective who Satan is with respect to who God is. Satan is the opponent of God, but he is not the opposite of God. Yes, with respect to moral standing, Satan’s wickedness and evil schemes are the opposite of God’s perfect holiness and righteousness. Where God is truth, Satan is the father of lies and the great deceiver.

However, Satan is not God’s equal opposite. Satan is not all-powerful and he is not all-knowing. Satan cannot create new things out of nothing; he can only pervert the good things that God has made. This sheds light on how Satan schemes against us, which leads us to point number two…

2. We must know how the enemy attacks. Satan is the great deceiver and the father of lies. This is how he schemes against us. It is how he did it in the garden with Adam and Eve, and it is how he does it with us today. Notice when Satan approached Eve, he didn’t try to get her to worship him. He simply wanted her to not worship God. To do that, he made her doubt what God said. He asked Eve, “Did God really say…?”

And once Satan has you questioning what God has said, he causes you to question God’s intentions. God gave Adam and Eve the rule about the tree in the middle of the garden for their own protection. It was for their own good that God said, “Do not eat.” But Satan wanted Eve to doubt that.

He said, “You will not surely die! For God knows that when you eat from it your eyes will be opened, and you will be like God, knowing good and evil.” As with any good lie, there was some kernel of truth to it. She would suddenly know good and evil. Up until this point, she only knew good. Evil did not yet exist in this world. And by eating of that fruit, she immediately knew evil. But she did not become like God.

When Satan told Eve that she would “become like God,” it not only enticed Eve to eat of the fruit with the hopes of being like God, but it also made her doubt God’s intentions with the rule. Now instead of seeing God as her protector by giving her rules for her best interest, she thought God was holding out on her. Satan wanted Eve to think God was depriving her of a better life after eating that fruit. And she fell for his schemes.

God sets boundaries around our lives out of His love for us and His omniscience for what is best. But there is no love in Satan. Satan has no goodness and no righteousness. When he tempts us to disobey God, it is not because he wants what is best for us. It is because he wants to destroy us.

When we trust in God’s love and His wisdom, then it makes sense for us to obey Him. It is just like a child whose parents have told them not to play in the street. When they trust that their parents know what they are talking about, that their parents love them, and that their parents want what is best for them, then those instructions are easy to obey.
When the child questions whether the parents actually know how to watch for traffic or think their parents are being mean and restrictive, simply denying them the fun of playing in the street, then they tend to disobey.

Satan uses this kind of doubt against us. He wants us to doubt if God actually knows what He’s doing, and he wants us to doubt God’s goodness. When we doubt those things, then we stop following God in obedience. And that leads us to number three…

3. We must know the goal of the enemy. Scripture says that Satan is “scheming” and even “prowling around like a lion looking for whom he can devour.” Ultimately, Satan is seeking to destroy you and your family. But he doesn’t have to destroy you by getting you to worship him. He only needs you to not worship God. He wants to draw you away from God even if by just the slightest degree.

He wants to convince you that your sinful desires are good, and God’s standard of holiness is not. He deceives you into thinking that sin isn’t really sin after all. Satan cannot invent anything new. Only God can create. So Satan can only take God’s good and perfect creation and pervert it. Then he deludes you into thinking you don’t need God.

Satan does this so slowly and subtly that you won’t even notice how much of God’s truth you are not only neglecting, but denying. He does this because he is seeking to destroy every good and beautiful thing that God has made – including you. Which takes us to number four…

4. We must be prepared for battle. Satan is constantly roaming looking to destroy us, so we must always be prepared. In Ephesians 6, Paul gives us an incredible analogy of a Roman soldier putting on his armor to illustrate how the Christian should prepare for this battle. We need the breastplate of righteousness, the shoes of the gospel of peace, the shield of faith, the helmet of salvation, and the sword of the spirit, all of which are held together with the belt of truth. The way to combat lies is by knowing the truth.

We must know God’s truth and be prepared to defend God’s truth because you are in this battle whether you acknowledge it or not. Satan is not waiting on you to be aware of him to begin his attacks on you.

5. We must be engaged in the battle. We are to always be ready because we are to be engaged in this battle. In Ephesians 6, Paul doesn’t describe this warfare and say, “If you want to do battle, here’s what you need.” No, he says we are already in the battle so pick up your armor and get busy. Others are depending on you to be in the fight. Paul says continually to stand firm, withstand, and be strong. We are not to back down from this fight.