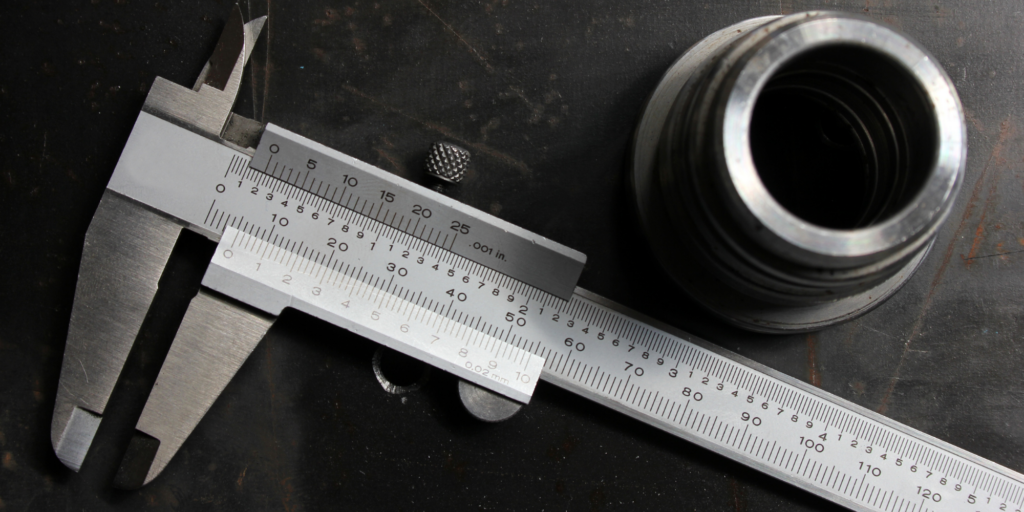 Ideas have consequences. And right now the ideas that are being taught are wreaking havoc on our society. In a previous post, I discussed five ideas that are damaging society. This post will take on the fifth idea: tolerance.

One thing I experienced when working on government programs, whether it was with the Department of Defense or NASA, was acronyms. I could have an entire conversation with another engineer and never use a real English word. Acronyms are so prolific that on your first day, you are given a multiple page document of acronyms and their meanings. It’s like learning a foreign language.

Each government agency has their own set of acronyms – and those will even differ across programs within the same agency! Sometimes in the same program there are multiple meanings to the same acronym. So it is critical that you know the correct definition and usage of that acronym for the program you are supporting. Otherwise you will be completely lost.

But this isn’t unique to rocket engineering. For any discussion, it is crucial that we define our terms. Otherwise we might as well be speaking two different languages. We will never understand one another. Yet our culture has subtly redefined several words that can make fruitful and productive conversations near impossible. One of those words is “tolerance.”

According to Merriam-Webster, there are several definitions of the word “tolerance.” The first is “the capacity to endure pain or hardship; endurance; fortitude; stamina.” Implied with this definition is there must be a painful experience in order to have tolerance. You wouldn’t say you have “tolerance” with someone giving you free ice cream. But you may say you have “tolerance” for having to watch your child’s favorite show for the thirtieth time. That is not something adults typically relish, therefore tolerance is appropriate because that is a hardship we must endure. The positive concept of tolerance is only applicable when there is a negative experience.

The second definition of tolerance is “sympathy or indulgence for beliefs or practices differing from or conflicting with one’s own.” As in the first definition, it is implied that beliefs and practices will differ or even conflict with another. So we cannot use the word “tolerance” if everyone is in agreement. There is nothing to tolerate if all our beliefs are the same. Only when there is disagreement can we apply the term “tolerance.”

However, our culture has subtly redefined tolerance to mean agreement. When people demand “tolerance,” they are no longer demanding respect for their differing ideas. They are demanding you agree with their ideas – and worse, approve of their ideas. But that isn’t tolerance at all. If everyone actually agreed on everything, the word tolerance would no longer apply. The positive concept of tolerance is only applicable when there is disagreement.

Tolerance does not equate to agreement. Tolerance means respectfully disagreeing. But sadly, we seem to have lost the art of respectful disagreement in our culture. Culture wants to erase all disagreement under the guise of tolerance and mandate uniformity of thought. And that is actually the most frightening place our society can be in.

This is what has led to our current “cancel culture.” Respect me, yet still disagree? Cancel. Have a valid argument against something I stand for? Cancel. Considered the data but came to a different conclusion? Cancel and burn it down. Notice in this cancel culture, no one cares how you treat the person with whom you disagree, it only matters that you disagree.

By doing that, the cancel culture has become the most intolerant group of people. They are the ones who cannot tolerate ideas which are different. They show “no sympathy or indulgence for people who hold different ideas and beliefs.” They demand everyone adhere to their own thought system.

This is hugely problematic for three main reasons.

1) While they think they are doing this to generate a Utopian existence of “peace” because everyone thinks exactly the same, they are creating the exact opposite. Through their intolerance, they are creating a culture of fear and intimidation. It stifles creative thought and ultimately destroys freedom.

2) Different ideas lead to our improvement – not just as a society, but as individuals. When your idea is challenged by something contradictory, you learn whether or not it is a good idea backed with solid evidence and logic. The discussion should lead you to either change those ideas that are bad or reinforce those ideas that are good. So if differing ideas are no longer permissible, we are stuck in our own echo chamber of bad ideas.

How do we determine those bad ideas, especially as a Christian? That leads us to the third definition of tolerance: “the allowable deviation from a standard.” For a brief time, I worked at a manufacturing plant that built rockets to put satellites in space. In that environment, this definition of tolerance was used all the time. It is near impossible to manufacture a part precisely to the measurements on the design specifications. Therefore, a tolerance is given for the allowable deviation on that particular measurement.

For example, if a part needs to be 3 inches long per the design specifications, it may be acceptable for it to be somewhere between 2.875 inches and 3.125 inches. So if the part is manufactured and it measures 2.95 inches, the part is acceptable because it falls within its tolerance.

However, if the part measures 3.126 inches, it is rejected because it is no longer within the tolerance. As close as that part may be to the design requirement, it is still not acceptable. Now, it would be convenient if the manufacturer could just declare that part as acceptable. After all, it costs a lot of time and money to remake parts.

But the manufacturer doesn’t get to determine the tolerances; the design engineer does that. The design engineer knows what the measurements of each part must be in order to assemble the vehicle and have a successful launch.

Likewise, God is our design engineer. He gets to set the tolerances, or the allowable deviations from the standard, on His creation. And here we can look at God’s standard in two ways. God has made us unique, giving us our own personalities and own purposes. So we will have some allowable deviation on how we worship, how we serve, how we lead, and how we walk with God.

However, God’s tolerance when it comes to sin is clear. That tolerance has been set to zero. There is no allowable deviation from that standard of perfection. God commands us to “be holy” because He is holy. Therefore, anything that is unholy is not acceptable. Thus, none of us meet this standard.

While we may think God is being mean and unfair in that, we really want there to be a zero tolerance for sin. Why would we not want a standard that demands others to treat you with perfect holiness, perfect righteousness, and perfect love? Isn’t that how you want other people to treat you? Don’t we long for a world without hate and evil?

Yet while the world is redefining tolerance to accommodate their own bad ideas, the church is redefining God’s tolerance to accommodate their own sinful behavior. And I tend to think the latter is the more offensive position. Many churches, especially progressive churches, are trying to insert a tolerance on God’s standard of sin when there isn’t one. And we don’t have the authority to redefine what is within tolerance and what is out of tolerance when it comes to sin. Only the design engineer has that authority.

We have become like that manufacturer who produces the flawed part. It would be easier if we could just change the tolerances to fit what we have built. But it doesn’t work like that. When our behavior violates God’s perfect standard, we don’t get to just change the tolerances in order to accommodate our sin. We must change our behavior to accommodate the design specifications, the very Word of God.

For those who do not know Jesus, this is the standard to which you are held when you stand before God after this life. Can you say that you have met this standard of perfection with zero tolerance of sin? The answer is no.

For those who do know Jesus, this is the standard to which you are held when you stand before God after this life. Can you say that you have met this standard of perfection with zero tolerance of sin? The answer again is no. But Jesus has. It is through His sacrifice of a perfect life that covers over us when we stand before a perfect and holy God.