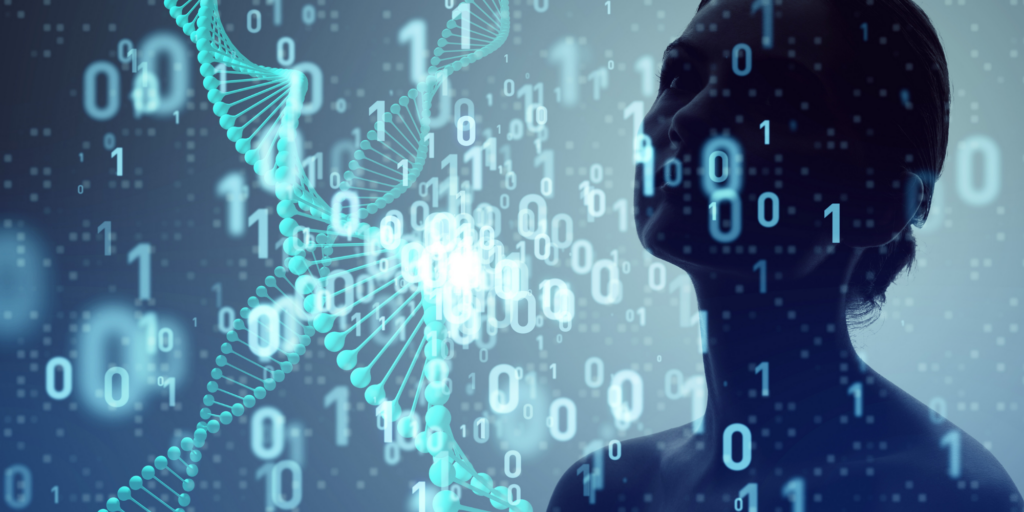 Ideas have consequences. And right now the ideas that are being taught are wreaking havoc on our society. In my previous post, I discussed five ideas that are damaging society. This post will take on that first idea: Darwinian evolution.

For several decades, we have been taught Darwinian macroevolution is the only explanation to our existence. Instead of being purposefully created, we are simply a random cosmic accident that stumbled out of the primordial soup through natural processes. Humans may have evolved a bit further than other organisms, but we have nothing that sets us apart from anything else. We could just easily exist as we could not exist.

And how could it? Random things are not valuable. What do you cherish more – the Mona Lisa or the random splatters from dropping your paint brush? You cherish the one that has purpose, planning, and design.

If we are the result of an accidental natural process, then it’s not just that we don’t assign value to life, it’s that we can’t assign value to life. This explains so much of our culture right now: killing babies in the womb, assaulting those with whom you disagree, violent attacks that people film instead of stop, killing others to get their stuff. How can we ask people to respect any lives when no life has any purpose?

Why wouldn’t our culture be this way if this is all it has been taught?

Darwinian evolution is taught in nearly every science textbook and classroom as the explanation to all life. It shows up in history classes as explaining the history of man. It shows up in museums, fictional literature, TV sitcoms – even children’s movies!

If this theory is going to change the core of how we think about human life and ultimately drive how we treat other people, shouldn’t we make sure it is true?

Darwin theorized that we are the result of random changes to an organism’s genetic code that give rise to new physical features. While mutations to the genetic code can occur naturally, genetic codes, however, cannot.

From my time as a systems engineer, both at NASA and at the Department of Defense, I know firsthand the importance of software code development – and I know the millions of engineering hours it takes to generate the code necessary to launch a rocket. While Darwin’s theory includes plenty of time to get the genetic code, it lacks another important quality: intelligence.

In designing the software code for a rocket, there are three different spheres of intelligence involved. The first is understanding flight mechanics. What does this vehicle need to do in order to lift off the ground, overcome gravity, and enter into orbit?

The second would be a detailed understanding of the vehicle design. What components are on this particular vehicle that must be utilized in order to launch successfully? Each type of rocket has its own propulsion system, engine, structure, and avionics hardware that must be controlled in a specific way, which makes that vehicle and its code unique.

Third, there must be an understanding of the language of code. It is one thing to know you must open this valve at this time to achieve some angle of ascent, it’s quite another to then put that into a computer coded language.

These spheres of intelligence are required to develop the software to launch rockets, but they are necessary for our genetic code as well. DNA is the basic software program that allows all of life to exist.

For each organism, there must be some understanding of what is necessary for this organism to survive, or for our analogy, to lift off the ground and enter its orbit. Where does this organism live, what does it eat, what is trying to eat it? For a human, we need oxygen but for a plant, it needs carbon dioxide. The DNA for each must know those are the system requirements for survival.

There must also be an understanding of this particular organism’s features and structures. How many chambers does the heart have, how big is its stomach, what are its defense mechanisms? For a bird, it needs a specific avian lung system in order to get oxygen which is different from that of a human or reptile lung system.

And lastly, those requirements must be translated into a coded language of nitrogenous base pairs arranged in a double-stranded helix with a “backbone” of sugar and phosphate molecules. This code then tells the organism – using only four “letters”! – how many of each kind of cell, tissue, and organ it must build in order to stay alive.

According to Darwin’s theory, nature had to randomly stumble into all three of those areas of intelligence. If it is not believable that software code for a rocket could randomly be written and compiled to successfully launch a vehicle on its first try, then it is equally not believable that the genetic code could come together randomly via natural processes and result in a living, reproducible organism on the first try. Even Bill Gates noted, “DNA is like a software program, only much more complex than anything we’ve ever devised.”

And there is no possible way to generate a code without intelligence. As E. H. Andrews, Professor of Materials in the University of London, stated, “It is not possible for a code, of any kind, to arise by chance or accident…A code is the work of an intelligent mind.”

Ultimately, Darwinian evolution cannot explain our existence. DNA, the genetic code that is in every living organism, requires an intelligent source who planned and purposefully designed it. This is where our lives have purpose and meaning. This is how we can assign value to life, not based on what we think is valuable, but because of who gave us life.

The effects of being raised on Darwinian evolution are far reaching, way beyond just the fields of scientific discovery and research. As Ernst Mayr stated in his book Animal Species and Evolution:

“Einstein’s theory of relativity, or Heisenberg’s of statistical prediction, could hardly have had any effect on anybody’s personal beliefs. The Copernican revolution and Newton’s worldview required some revision of traditional beliefs. None of these physical theories, however, raised as many new questions concerning religion and ethics as did Darwin’s theory of evolution through natural selection.”

Right now we are reaping what has been sown inside schools, academia, and culture. We have been told for decades “life has no purpose,” and then we stand shocked and dismayed when that is lived out in front of us.

I have to agree with the conclusion made by Michael Denton in his book Darwin: A Theory in Crisis: “One might have expected that a theory of such cardinal importance, a theory that literally changed the world, would have been something more than metaphysics, something more than a myth.”